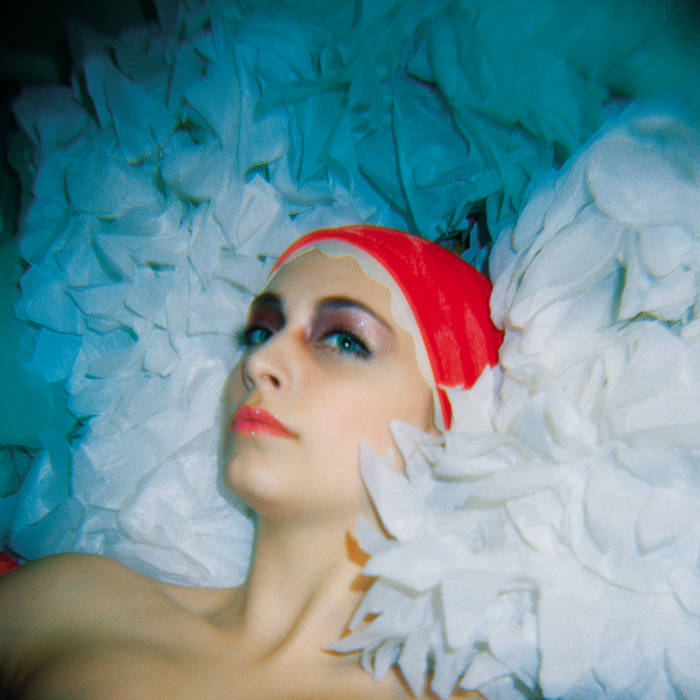 As with her continuing art practice as collagist and photographer, and what might be called her photocopy-art visual aesthetic, Meghan Remy's musical output as U.S. Girls has been dominated by her insistence on a solo working method. Numerous tours to Europe and North America throughout the Siltbreeze era saw her travelling unaccompanied, usually by train or bus, to perform material written and recorded in seclusion. Maybe it's the awareness of this once singular insistence that has surprised audiences in the past year, contrasting as it does with a burst of collaborative creativity that sparked a divergence from the U.S. Girls genesis. What started in 2010 as an apparently tentative stab at collaboration - visiting Toronto to record 'The Island Song' with Canadian musician Slim Twig, has now become standard operating procedure. Starting with their split on Palmist Records, continuing with 'U.S. Girls on Kraak', and now extending into her latest release, Slim Twig has acted as producer, mixer and general foil. While gradually upping the pop ante, these recent releases have sought to maintain Remy's directly emotional appeal and lead to the release of her fourth album, the appropriately titled 'GEM', on FatCat records.

'GEM' will doubtless be remarked on for to its 'improved' fidelity, its focus on arrangement and production, and most of all, its emphasis on directly delivered and strikingly present vocals. But these qualities speak little to the essence of the maturation that 'GEM' is witness to. Present from the beginning, but vibrantly defined now, are themes that greatly contrast with the newfound sonic approachability. Where before she appeared shrouded and even mysterious, Remy now directly addresses her take on childhood, gender inequality, sex work, and love with a distinctive blend of elegance and frankness. Merging a fascination with glam rock as interpreted by the anti-excess of Patti Smith, these new songs sparkle between the poles of an inverted take on Bolan's Pop testosterone and the alienating abstraction of Throbbing Gristle.

Slim Twig's own musical lexicon sees his predilection for ornate productions streamlined on 'GEM' into tight constructions, as evidenced by the minimalist soul pop of 'Work From Home' and 'North on 45' (both co-written by Remy & Twig), or the glam stomp of 'Slim Baby' & 'Jack' (the latter a Brock Robinson cover song originally covered by friends, Danava). Recorded in a studio on Toronto Island, and on the mainland in a rehearsal space, many moments are distinctly 'band-driven' in sound, Remy's collaborative impulse having expanded to include session work by stalwarts of the Toronto underground (the 'band' that appears on these songs is based around Remy, Twig, Louis Percival, aka Onakabazien, and Tim Westberg of My Mind); come fall, 2012, these musicians will see work as a U.S. Girls backing band.

Bandcamp Daily  your guide to the world of Bandcamp